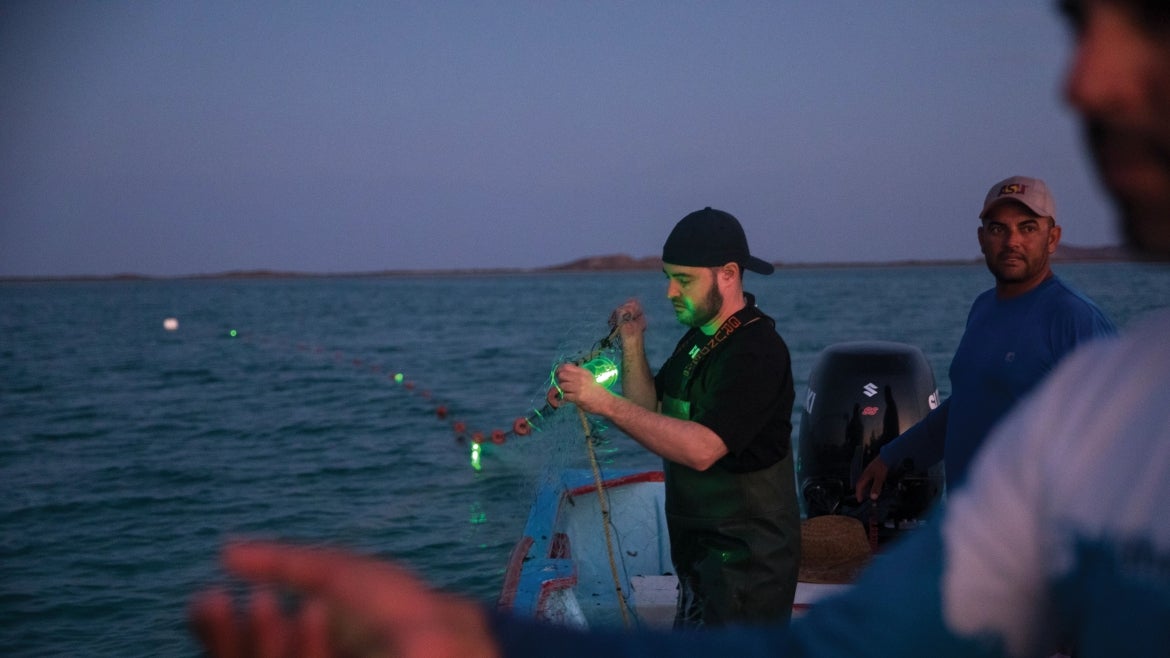 Saving the seas with lighted nets

Gill nets are massive walls of netting that hang in the water. They’re designed to allow fish to get their heads through the netting but not their body.

The nets are the most widely used fishing gear the world over. However, they catch a lot more than fish; endangered, threatened and protected species like sharks, sea turtles and marine mammals get snagged in the nets and die.

Fishermen don’t want them, so they’re tossed overboard. Accidental captures are known as “bycatch.” Bycatch is a significant contributor to declines in endangered species around the world.

Research of the past 10 years has shown that gillnets illuminated with lights ward off sea turtles. They can see the nets and veer away.

But the effects of illuminated nets on other vulnerable species, total bycatch and how they affect fishing have never been tested.

A recent study in Current Biology led by an Arizona State University marine biologist found that illuminated fishing nets reduced the average total bycatch by 63%, including a 95% reduction in sharks, skates and rays, an 81% reduction in Humboldt squid and a 48% reduction in unwanted fish — while maintaining catch rates and the market value of fish the fishermen were targeting.

“These results demonstrate that the benefits of illuminated nets extend well beyond sea turtles and have the potential to save countless animals, including other endangered and protected species that would normally be tossed back dead or injured,” said Jesse Senko, the lead author of the study and an assistant research professor in the School for the Future of Innovation in Society.

MORE: Solar-powered lights are helping to transform the future of sustainable fishing

Illuminated nets also cut down on the time it took fishers to retrieve and untangle them by 57%.

“This likely occurred from fishers needing to remove fewer entangled animals in the illuminated nets, which included considerably less turtles, sharks, skates, rays, squid and small finfish, which can be time consuming, difficult and even dangerous to remove,” Senko said. “In practical terms, this means that fishers can save an average of 55 to 71 minutes per trip when fishing with illuminated nets, which can also help improve the quality of their fish products, since they lack the proper space and capital to ice their catch at sea.”

Making life easier for fishers is as important as reducing bycatch, said John Wang, a co-author on the study and fisheries ecologist at NOAA Fisheries’ Pacific Islands Fisheries Science Center in Honolulu.

“It is important for fishers to know that there are tangible benefits for them,” Wang said. “This is critical for the adoption of such technologies by the fishing industry.”

Researchers were surprised to find that the lighted nets almost eliminated bycatch of sharks, skates and rays, an ancient group of animals that has declined globally due to bycatch and illegal fishing.

“This emerging technology could play an important role in their recovery,” Senko said.

"Gillnets are ubiquitous because they are inexpensive and catch everything that passes them,” said Hoyt Peckham, a co-author on the study and the director of small-scale fisheries at the Wildlife Conservation Society. “This work is exciting because it provides a practical solution increasing gillnets' selectivity and avoiding their bycatch. Emerging technologies should help us incorporate this kind of lighting into gillnet materials so that adopting this solution will become a no-brainer for fishers."

Senko and Wang are currently testing or planning to test new lighted net technology in coastal gillnet and pound net fisheries in Mexico, Trinidad and Tobago, North Carolina, the Philippines and Indonesia.

“These results show that we are just beginning to understand how illuminated nets affect a broad array of marine species,” Senko said. “There are so many exciting unanswered questions, such as, ‘How do different wavelengths (colors), light spacing, light intensity, flash rates and light directionality affect both bycatch and target catch species?' And, 'How does this vary in different ocean regions and fisheries worldwide?’” ASU and Arizona have split the pst six meeting in men's hoops. The next one is Saturday in Tucson at 12:30 p.m. on CBS. 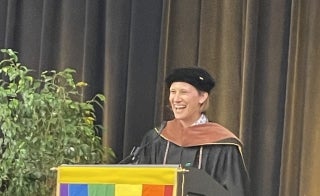 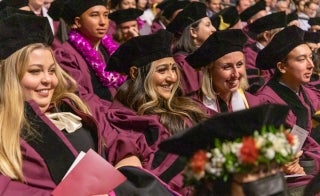 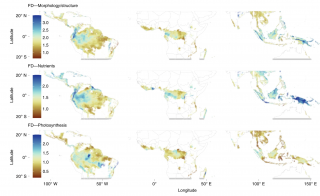 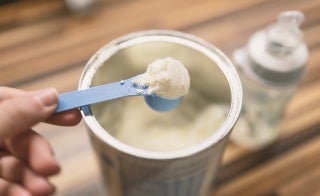 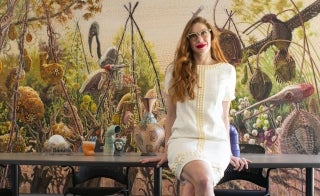 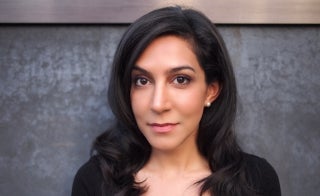