Building engineers one Lego at a time

Exposing young minds to the world of science, technology, engineering and math, or STEM, is essential to helping students learn how they can make an impact in the world around them. One way the Ira A. Fulton Schools of Engineering at Arizona State University tackles that task is through an affiliate partnership with the Arizona First Lego League (FLL) since 2008.

FLL is a robotics competition that engages students in hands-on STEM experiences, building confidence, growing their knowledge and cultivating habits of learning. The FLL season starts in September, with qualifying tournaments taking place in late November and early December, culminating in the state championship held in January at ASU. 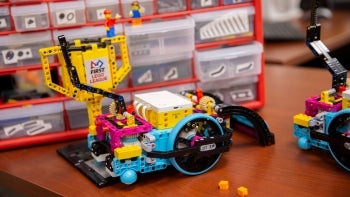 The Fulton Schools hosts annual summer camps known as the Fulton Academy with a variety of opportunities for students to gain experience in STEM competencies. This summer, ASU hosted a series of virtual Lego robotics camps for students ranging from kindergarten to eighth grade.

“The idea behind the Lego summer camps was to promote FLL to families who may not have tried it out otherwise,” said Laura Grosso, program delivery partner for Arizona FLL. “There was quite a response from parents wanting to sign their kids up for an FLL team after the camps because they were so excited about programming the robots during camp.”

Grosso says that the goal of the summer camps was to inspire campers to participate on an FLL team and to help generate revenue to start more teams.

This year’s FLL season is called Cargo Connect, and it is all about improving the movement of materials. Campers were asked to reimagine our global transportation system and explore ways to advance how we access and deliver needed and desired goods in an effort to make all communities more connected. The FLL teams involve children ages 9 to 14 who work to design, build and code either EV3 robots or Spike Prime robots to compete in a robot game.

In addition to the robot game, the teams must also complete an innovation project by identifying and solving a problem, which this season is how to improve product logistics. Teams identify a specific problem within this theme that they want to solve. They then create or improve a piece of equipment, a technology or a method of transportation to solve their specific problem.

The Arizona FLL program is supported by grants from SRP and the Tooker Family Foundation. The Lego robotics camps also help support the program and allow more students to participate.

“This year, I was able to award more than $10,000 to FLL teams to help them get new robots, purchase Lego sets and pay for team registration,” Grosso said. “The camps are a critical component of the First Lego League program.”

Real-world activity in a virtual world 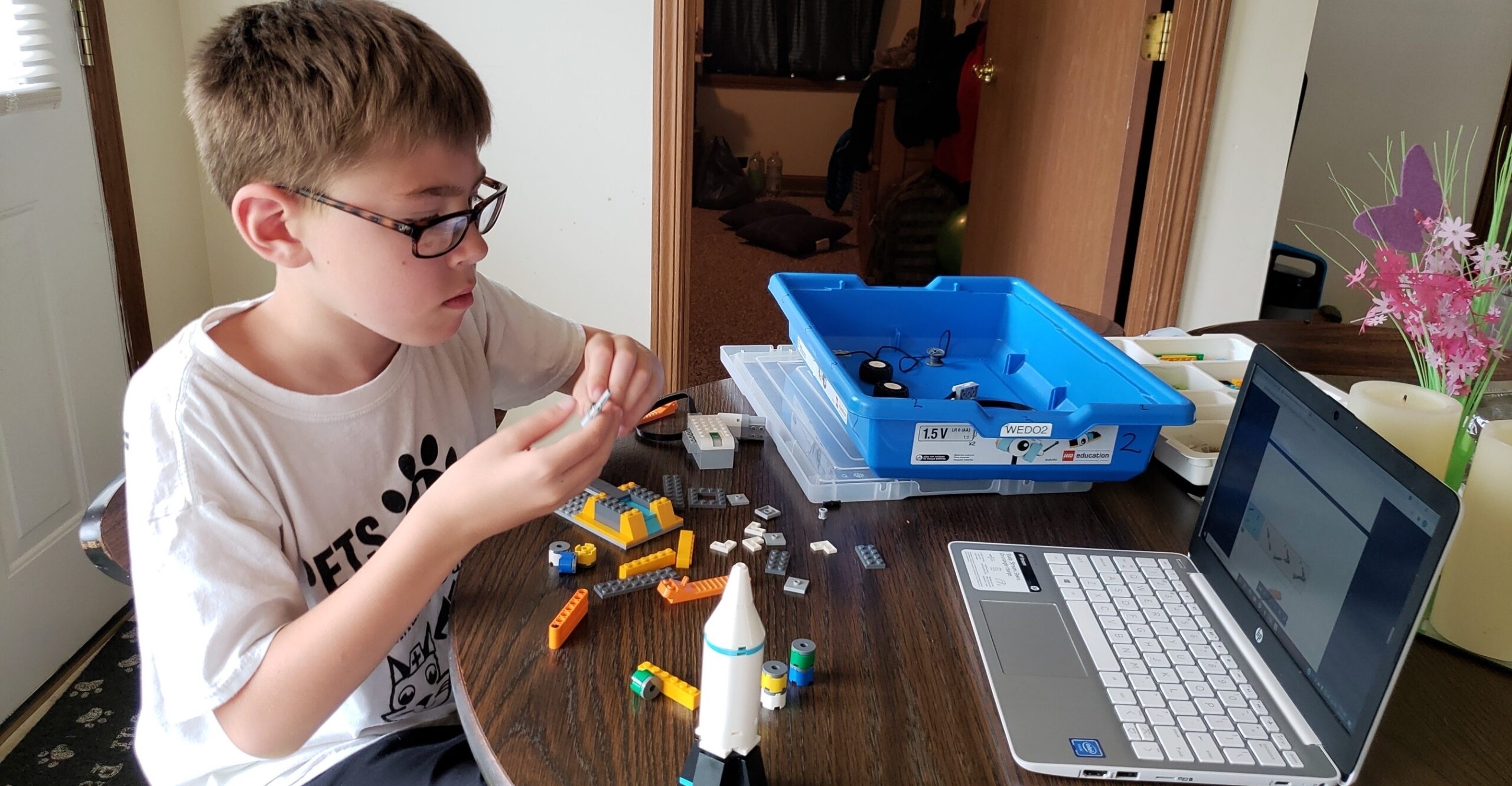 With the Lego summer camps being virtual this year, the project materials had to make their way to campers who live in Arizona and throughout the United States, including Puerto Rico. Grosso mailed out Spike Prime robots and WeDo robots for participants to use during the camp and coordinated their return when the camps concluded. Even though campers logged in virtually to participate, it didn’t dampen their excitement or sense of discovery.

“It was so much fun watching the kids put together robots, program them and watch them go,” Grosso said. “They were all so creative, and they would just go on and on about their projects.”

Sam Susko, who lives in Illinois and earned a bachelor’s degree in biological sciences from ASU Online in May 2021, found out about the camps through an alumni newsletter and thought they were perfect for his son Hunter.

“ASU did a fantastic job at providing me an education without making it feel like I was in some way inferior to on-campus students,” Susko said. “This mentality was demonstrated in the summer camps also.”

Susko says he likes to incorporate learning activities with his kids during the summer that encourage curiosity and foster a love of learning.

“With the current pandemic, I knew that in-person camps were probably not the best choice for my kids this summer,” said Susko. “After reading the description of the camps, I thought that what the Lego camp offered would be a perfect fit.”

Camp instructor Tim Knorr, a K-8 STEM teacher for the Creighton School District in Phoenix, created the content for each of the camps and led three sessions each morning and three check-in sessions every afternoon.

The focus of the camp Susko’s son was in was how to get to the moon and build a base. The start of camp involved building a rocket and getting to the moon. Once the campers were there, the priorities shifted toward survival. Each day was its own lesson, but individual days built on prior lessons to form an overall big-picture mission.

“I thought the camp was wonderful,” Susko said. “The instructor was very knowledgeable, approachable and, most of all, patient. He was very respectful of the kids and listened to their thoughts and ideas. He would listen and then talk through an idea in order to encourage the kids to think of a better solution.”

Susko says his son enjoyed the camp and was sad when it was over. He says it is something he really wants to continue to do in the future.

“He got such a kick out of telling everyone that he was in a college engineering camp with Lego,” Susko said. “He loved building with Lego and was thrilled to find out that he got to do coding and actually bring his Lego creations to life. He would have such excitement and joy at showing us what he built, how it works and why it was so important.”

Hunter’s enthusiasm — and the excitement so many campers experience as part of the Fulton Academy — just may be the spark the next generation needs to ignite their passion to engineer a better world.

Zócalo Public Square, a creative unit of Arizona State University, is honored to be the recipient of a grant of $250,000 from the Andrew W. Mellon Foundation to support a two-year event and editorial series exploring the question, “How should societies remember their sins?”The Mellon Foundation has awarded grants since 1969 to support a variety of initiatives centered on strengthening the hum...

Two-year event and editorial series will launch in October 2021

Zócalo Public Square, a creative unit of Arizona State University, is honored to be the recipient of a grant of $250,000 from the Andrew W. Mellon Foundation to support a two-year event and editorial series exploring the question, “How should societies remember their sins?”

The Mellon Foundation has awarded grants since 1969 to support a variety of initiatives centered on strengthening the humanities, arts and higher education. This grant, from the foundation’s Humanities in Place program, is its first to Zócalo Public Square.

“This project is a major opportunity for Zócalo and Arizona State University to support our communities in facilitating a discussion that explores the problems of the past, and their legacies in the present, to create transformative change,” said Mi-Ai Parrish, managing director of ASU Media Enterprise.

From October 2021 to September 2023, Zócalo will publish original, multidisciplinary work, including essays, photography, illustrations and poetry. Participants will include scholars, artists and others whose personal histories intersect with the question; the project also will highlight creators from a range of underrepresented groups. By providing a kaleidoscopic view of how America has remembered its sins, the project aims to reimagine the subject’s future.

“For 18 years, Zócalo Public Square has dared to ask provocative questions that make people stop, think and come together. With this funding, the Andrew W. Mellon Foundation is enabling Zócalo to challenge our audiences and our contributors to explore the difficult work of remembrance and reconciliation at the community and the national level — with a sense of hope and healing,” said Moira Shourie, executive director of Zócalo.

The grant also supports a four-part event series featuring top scholars and practitioners in the field of public memory and monuments convening to discuss their work and perspectives. Two events will be presented live in Los Angeles, followed by two events in historically significant locations, and all will be accessible in an interactive format for virtual audiences.

Founded in Los Angeles in 2003, Zócalo Public Square is an ASU Knowledge Enterprise. Zócalo connects people to ideas and to one another by examining essential questions in an accessible, broad-minded and democratic spirit. It pursues its mission by convening events and by publishing ideas journalism syndicated to 290 media outlets worldwide. 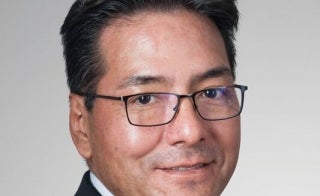 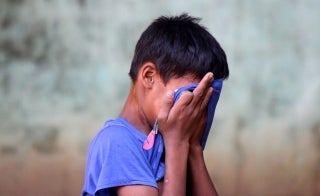 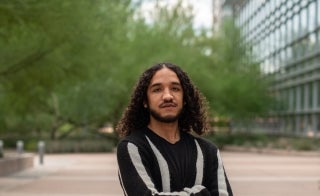 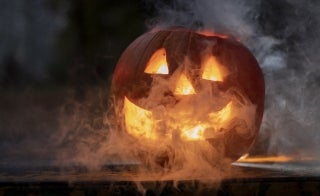 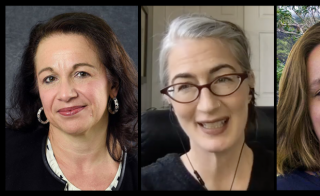 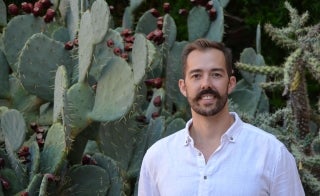