All Aboard with Coach Edwards The Melikian Center’s Critical Languages Institute, in its 30th year of offering summer courses in less commonly taught languages, is raising money to support the future of one of its programs.The institute offers a year’s worth of language learning condensed into a few weeks of intensive instruction, providing access to languages not taught at other universities and benefiting students who w...

The Melikian Center’s Critical Languages Institute, in its 30th year of offering summer courses in less commonly taught languages, is raising money to support the future of one of its programs.

The institute offers a year’s worth of language learning condensed into a few weeks of intensive instruction, providing access to languages not taught at other universities and benefiting students who want to learn a language alongside their other studies.

The Critical Languages Institute's classes, including Russian, were taught over Zoom this summer. A fundraising effort is underway to support the Russian program for years to come. Download Full Image

“We're taking people from the elementary level to the ability to have a variety of different kinds of conversations, to understand what people are saying to them in a relatively natural setting and respond appropriately, both in terms of language content and the culture,” said Irina Levin, the director of the Critical Languages Institute and associate director of the Melikian Center at Arizona State University.

The institute currently does not charge tuition to students earning credit through its courses. Instead, students simply pay an administrative fee, as well as the other costs associated with their study abroad experiences (which were on hold this summer due to the pandemic). There are also scholarships available.

A fundraising effort is underway to permanently support the Russian portion of the institute. Emeritus Professor Lee Croft, the founder and former director of the Critical Languages Institute, is working to endow the Russian program in his name. He is hoping his former students and colleagues will join him in donating to support the future of what will be known as the Lee B. Croft Russian Program. In Croft’s nearly four decades of teaching at ASU, he estimates that he taught Russian to 6,000 students. 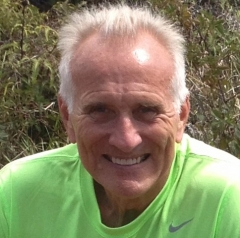 Croft hopes to raise a total of $300,000 over the next five years so that the program can continue to offer tuition reductions or waivers for all students as well as scholarships for studying abroad in Russia. This funding would give the program long-term stability instead of being forced to rely on individual grants. Contributions to the endowment can be made through the ASU Foundation website.

Demic wanted to explore his Serbian-American identity and improve his skills as a heritage speaker.

"My family and I came to the United States as Serbian refugees in 2001. At the time, I was 6 years old,” he said. “As I grew up in Arizona, the distance between myself and my Serbian heritage grew wider and wider. In the last few years, I have slowly begun reflecting on what it means to be Serbian-American, and CLI felt like it would help me with this.”

Demic plans to enroll in the second-year program next summer and hopes to study abroad in Sarajevo. He is also applying for a Fulbright grant to conduct research in Serbia next year that builds off the work he is already doing with queer migrant populations from Central America. In the meantime, he intends to practice his new language skills with his family members.

“CLI truly is an incredible experience that I cannot encourage individuals enough to apply to,” Demic said. “If you’re at all interested in learning a new language, CLI will take you from zero language knowledge to conversational in just a few weeks.”

About a third of the participants in the Critical Languages Institute are ASU students like Demic, but the rest are students from other universities and institutions, as well as community members. People come to the program with a variety of motives for language learning, from wanting to connect to their heritage or the heritage of their spouse, to hoping to advance their career prospects or simply to continue learning a language they first encountered in another setting. 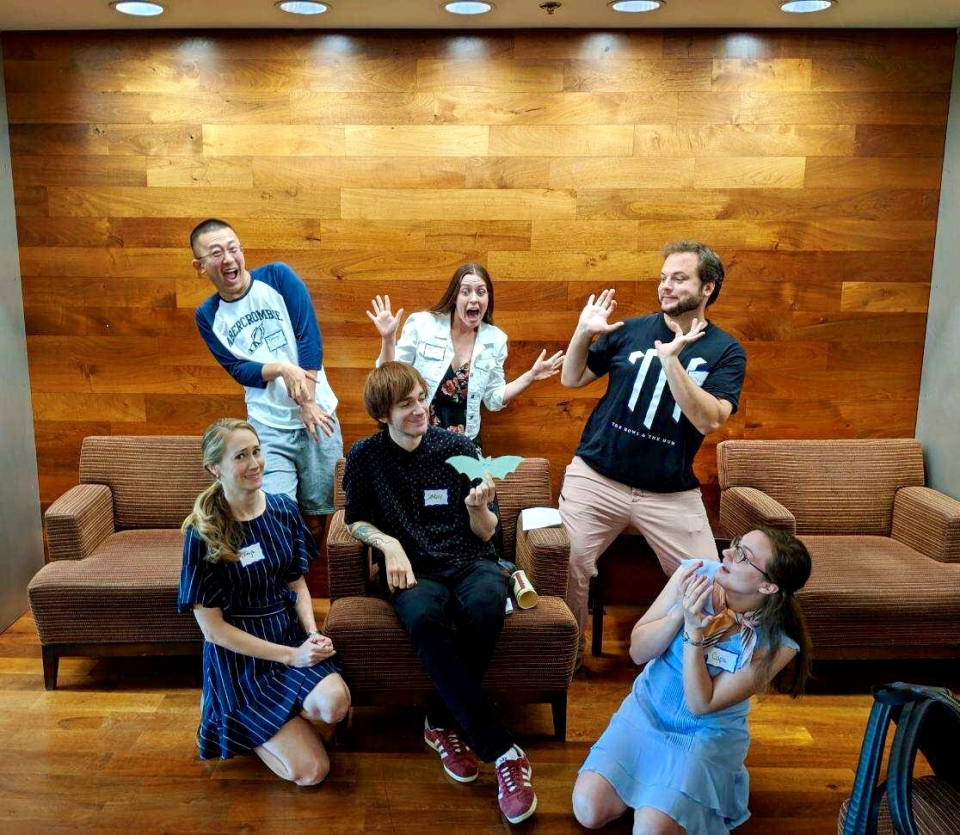 Bosnian/Croatian/Serbian instructor Jakov Causevic poses with his Critical Languages Institute students in 2019. Courses are normally held in person but took place over Zoom this summer due to the pandemic.

"We do want to highlight to students the kind of doors this opens up for them, both academically and thinking ahead to various careers,” Levin said. “Having a solid basis in this language and having this intensive language learning under their belt makes them more competitive.”

The joy of language learning is part of the appeal for Jakov Causevic, who has taught Bosnian/Croatian/Serbian through the Critical Languages Institute for 10 years, including teaching Demic's class this summer. Causevic grew up in what was formerly known as Yugoslavia and now lives in Belgrade, Serbia. He also studied Arabic and English in college and has taken courses in several other languages, as well.

"Languages fascinate me, and so does the language learning process,” he said. “The gymnastics that the brain of an adult has to do in order to learn another language is quite amazing. Also, learning how to convey thoughts and feelings with a different set of linguistic tools — like idioms, for example — can be a lot of fun.”