The Northlight Gallery presents Beyond the Fence

Who
The ASU School of Art in the Herberger Institute for Design and the Arts presents the photographic exhibition, Beyond the Fence.

What
Beyond the Fence is on display March 8 – April 9, 2011, and is hosted by the Northlight Gallery on the ASU Tempe campus. The exhibition’s title references the fence being completed along the U.S./Mexico border, and is the third in a series that examines regional issues. A public reception at the gallery is scheduled March 8 from 6–8:30 p.m. A public lecture with photographers Emily Matyas and David Taylor is scheduled March 9 at p.m. in Katzin Concert Hall. 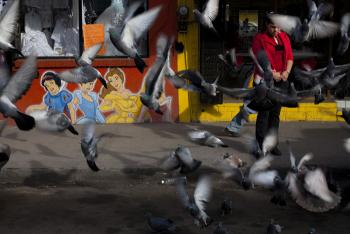 Beyond the Fence features the work of four photographers whose images delve into the complexity of the U.S./Mexico border issue. Their images tell a multifaceted story of border patrol agents, drug smugglers, government officials, undocumented workers and families left behind, the clash of traditional values and contemporary culture, and the environmental effects on a delicate, biologically diverse land.

Emily Matyas is a U.S. citizen living in Tempe, Ariz. who has been traveling and photographing in Sonora for more than two decades working with the nonprofit organization Feed the Children. Personal stories accompany her black-and-white images of the children and families this organization serves. Her images honor their documentary origins while becoming metaphors of hope, loss, and determination.

Alejandro Cartagena is a Mexican citizen living in Monterrey, Mexico where he photographed the clash of traditional values and contemporary culture that resulted in sprawling developments that lack basic services, and destroyed the rivers and their ecosystems. His images are designed to call for social reform and responsible governance.

David Rochkind is a U.S. citizen living in Mexico City, Mexico. Rochkind’s photographs focus on the drug war and the debilitating effects of its violence on the people of Mexico by eroding communities and governments. His images portray powerful depictions of corruption, violence, and desperation.

David Taylor is a U.S. citizen living in Las Cruces, N.M. He was awarded a Guggenheim Fellowship in 2009 that helped him complete this body of work that documents the complex job of the border patrol. Taylor’s privileged access to border patrol activities resulted in images that depict the daily threats that agents face.

The interweaving of these images by the four photographers intimate the global consequences of the drug war, the economic and social pressures that lead to migration, and the personal devastation in the private lives of communities.

Where
The Northlight Gallery is located in room 101 in Matthews Hall on the southeast corner of Tyler and Forest Malls on the ASU Tempe campus.

Katzin Concert Hall is located in the ASU School of Music. 40 E. Gammage Parkway on the ASU Tempe campus.

Cost
All activities are free and open to the public.

The School of Art is a division of the Herberger Institute for Design and the Arts at Arizona State University. Its printmaking, photography and art education programs are nationally ranked in the top 10, and its Master of Fine Arts program is ranked eighth among public institutions by U.S.News & World Report. The school includes four student galleries for solo and group shows by graduate and undergraduate art and photography students: Gallery 100, Harry Wood, Northlight and Step. To learn more about the School of Art, visit art.asu.edu.

Herberger Institute for Design and the Arts Arts

ASU will shine the spotlight on humanities scholarship, research and creative activity in a yearlong celebration filled with programs and events open to the public.

Can we terraform Mars?

Arizona State University will shine the spotlight on the humanities in a yearlong celebration filled with public events, programs and activities that highlight faculty and student scholarship, research and creative activity.

ASU’s Project Humanities, a universitywide initiative involving all four campuses, in its inaugural year will focus on “Humanities at the Crossroads: Perspective on Place.”

“The idea of place holds many meanings,” said Neal A. Lester, dean of humanities in ASU’s College of Liberal Arts and Sciences who is leading the project. “Within higher education the humanities, particularly foreign languages and cultural studies, have increasingly fallen victim to budget cuts. There is the perception that they just aren’t important. That is not the case at ASU, where the humanities continue to grow and prosper under the leadership of President Crow and Provost Capaldi. They serve a core purpose at our university and we want to tell that story.”

Secondly, said Lester, place is integral to the humanities because it encompasses so much of how people define themselves and their relationships to and with each other. Project Humanities will examine the way place allows people to create, share and organize, as well as practice inclusion and exclusion and foster unity and alienation.

Project Humanities will explore the “humanities in action.” Examples include how studying a foreign language helps one learn about other people and cultures, how critical discussion of literature leads to self-discovery and self-reflection, or how humanities determine the significance of digital media such as Facebook.

Some of the broad topical areas to be addressed during the calendar year will include: What makes us human? How are humans more alike than unalike? How can civil discourse be used to address conflict? What is the role of social media in creating community? Is technology the liberator or the oppressor?

“The humanities – the study of languages, literatures, cultures, philosophy, religions and history – are vital to creating a literate citizen,” said ASU President Michael Crow. “They inform our sense of who we are and our place in relationship to each other. They enhance our lives, give meaning to our professions, and provide us with the tools to think critically about society and transform it in positive and meaningful ways.”

ASU Provost Elizabeth D. Capaldi said, “The humanities expose us to the cultural artifacts of other times and places, developing in us the skills of understanding and giving us distance on our place and thinking. They are critical in developing cultural creativity, and important thus not just for the university but for society.”

Project Humanities kicks off with a week of activities Feb. 7-11. Keynote speakers include noted author and screenwriter Sherman Alexie; Rosemary Feal, executive director of the Modern Language Association of America; and Jim Leach, chairman of the National Endowment for the Humanities.

At the end of this year, ASU will produce a publication of original faculty, student and community work relating to the project.

For more information on Project Humanities events, as well as stories on humanities scholarship and research, visit the website http://humanities.asu.edu.

The College of Liberal Arts and Sciences University 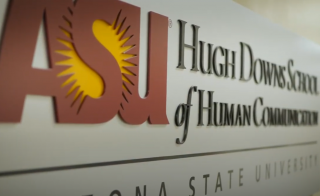 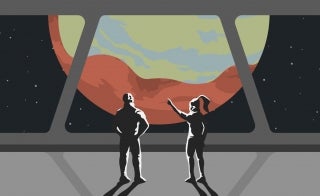 Discoveries Can we terraform Mars? Tempe campus Interplanetary Initiative School of Earth and Space Exploration The College of Liberal Arts and Sciences 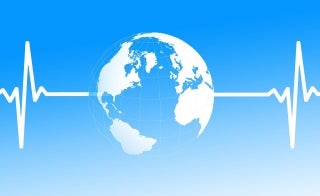 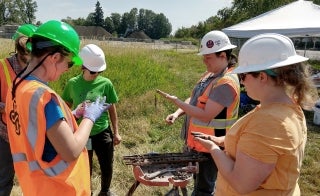 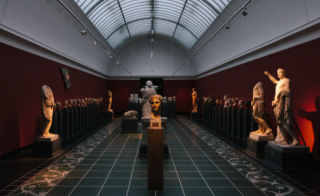 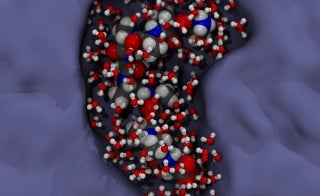